Blabbermouth.net
Fan-filmed video footage of Dee Snider's May 31 concert at Aria Complex in Malta can be seen below.The TWISTED SISTER frontman is continuing to tour in support of his latest solo album, "For The Love Of Metal", which was released last July via Napalm Records. The disc, which was produced by HATEBREED vocalist Jamey Jasta, features contributions from Howard Jones (ex-KILLSWITCH ENGAGE), Mark Morton (LAMB OF GOD), Alissa White-Gluz (ARCH ENEMY), Joel Grind and Nick Bellmore (TOXIC HOLOCAUST), and Charlie Bellmore (KINGDOM OF SORROW).Snider told Decibel magazine about the musical direction of "For The Love Of Metal": "I love contemporary metal and I think that's why it sounds so genuine. I go to shows. My kids are all metalheads, especially my daughter, she's hardcore. Over the years, because she was so young, I had to escort her to these shows, so I was exposed to all these hardcore bands. I love the passion, and I love the 'I've got nothing to lose' attitude that these bands have. That's what you lose when you're successful. You lose that fearlessness. I'd much rather listen to bands that have that heart and that passion than listen to people who have lost it. I've always been in tune with that and have loved it. Jamey, in writing, we sat and talked endlessly about what matters to me now and about what I wanted to say now and where was I at emotionally now."In a separate interview with Distorted Sound, Snider said that he has found his place in the contemporary music scene with "For The Love Of Metal". "I'm so happy to be doing this," he said. "This record defines me as a person who wants to feel vital what I'm doing now matters and counts. I'm so happy I thought there wasn't that place in music for me. I've been doing Broadway, radio, TV, movies, I've been finding my place now with other things that I've been doing, but my first love is metal and music, and to do a record that I feel is a place now… My wife said she hasn't seen me this happy in a long time, and I'm always happy. She said I have an odd, childlike glee. It's crazy. I know, I'm [64] and not that I feel it. I'm healthy, people see me rock and their minds are blowing. I didn't think at this point in my life, this would be happening."TWISTED SISTER called it quits in 2016 after completing a farewell 40th-anniversary tour. 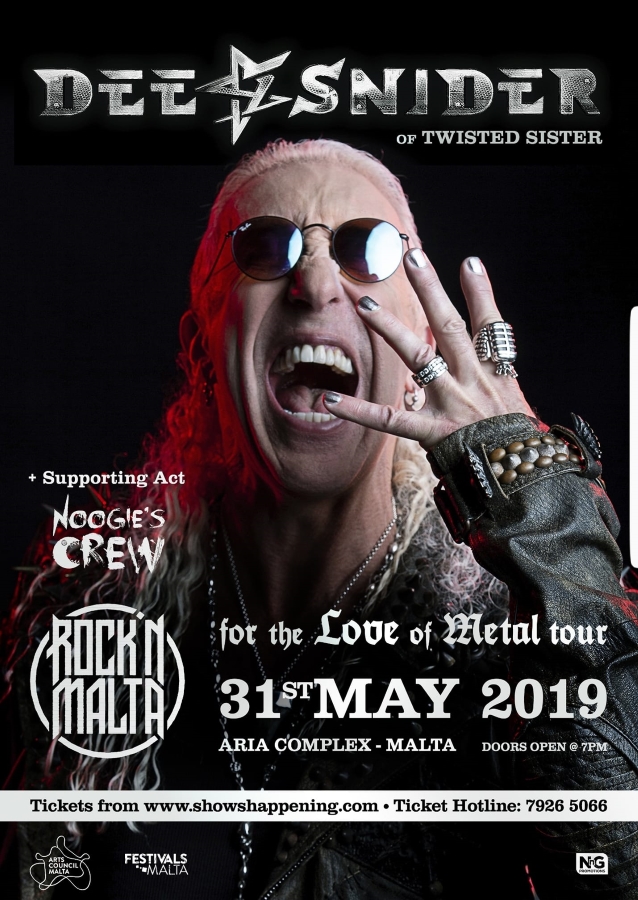