KOBRA AND THE LOTUS: Lyric Video For New Song 'Get The F*ck Out Of Here'

Blabbermouth.net
The official lyric video for "Get The F*ck Out Of Here", a brand new song from the Calgary-based hard rock quintet KOBRA AND THE LOTUS, can be seen below. The track is taken from the band's upcoming studio album, "Evolution", which will be released on September 20 via Napalm Records. The upcoming LP sees the band imbued with a new fire that comes through by way of undeniable hooks, soaring guitar riffs, marching drum beats, and the soulful, bombastic vocal delivery of lead singer Kobra Paige. No longer bound by old formulas and expectations from the past, "Evolution" comes through with a sound that is expansive and, at times, borders on outright swagger. Each song feels like an Active Rock hit in the making, while still having the grit and feverish intensity that longtime fans have come to admire from KOBRA AND THE LOTUS. Kobra talks about the meaning behind the song: "'Get The F*ck Out Of Here'! Time to get stoked, because this track was made for pumping people up and we're going to keep whipping out the unexpected on this new album. Bad juju... no way. This track is meant to put a fun spin on wiping your life of the predatory relationships that suck your energy dry and to charge you up so you can GTFO! Use it daily.""Evolution" boasts the band's most cohesive and confident material to date. For the new record, KOBRA AND THE LOTUS enlisted the services of producer Michael "Elvis" Baskette (ALTER BRIDGE, LINKIN PARK, SLASH, SEVENDUST)."The new body of work sets the tone for the music going forward," says Paige. "Sonically, it's still heavy. It highlights the showmanship and maintains the edge. At the same time, it's approachable. It pays tribute to our influences, but it takes the next step. So, it's a reintroduction to us and a rebirth. A firm goal was to build a strong identity and update everything. We just want to be KOBRA AND THE LOTUS; that's what we're doing.The first single, "Burn!", ignites this chapter. A hummable riff snaps into a visceral verse as the frontwoman directly declares, "I really hate you, yes I do." The track builds towards an incendiary and infectious chorus, hinging on a seesawing guttural groove and hitting like a sledgehammer."It's about all of the reasons you hold yourself back," Paige explains. "You literally need to burn all of those feelings, stories, excuses, and obstacles keeping you from being your own authentic self. It's super personal. It's a product of growing and arriving as a person. I'm realizing who I am. It's symbolic of the rebirth.""Evolution" track listing:01. Evolution02. Burn!03. We Come Undone04. Wounds05. Thundersmith06. Circus07. Wash Away08. Liar09. Get The F*ck Out Of Here10. In The End11. Tokyo (Japan version only)Going further into the process behind "Evolution", Kobra comments: "We've never done a record like 'Evolution'. We've flown demos over the Internet back and forth or started a few ideas prior to hitting the studio. This time, we were all working together in the flesh for the full duration of the writing process. It's a collision of everything we love. We feel like it's the freshest and most timeless thing we've brought to the table."In addition to the release of their new record, KOBRA AND THE LOTUS will hit the road starting at the end of the month. The trek kicks off on August 29 in Nashville, Tennessee and concludes on November 1 in Ft. Myers, Florida. 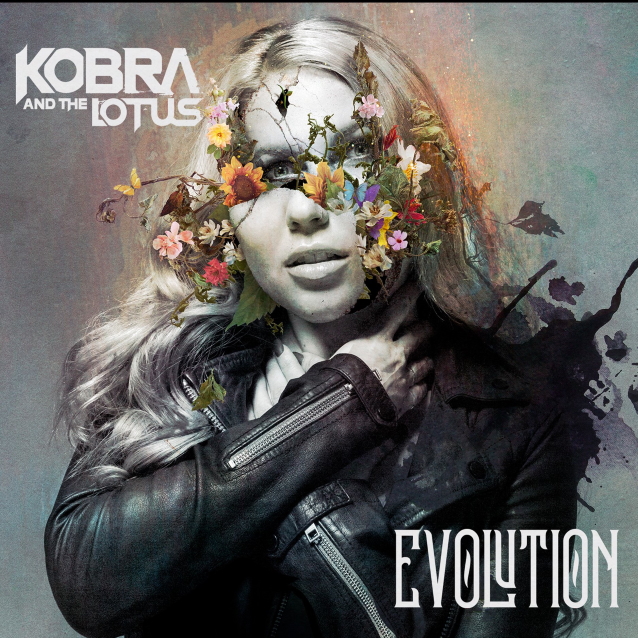